Can Using Systemic Antibiotics for Treating Acne Endanger Your Health? 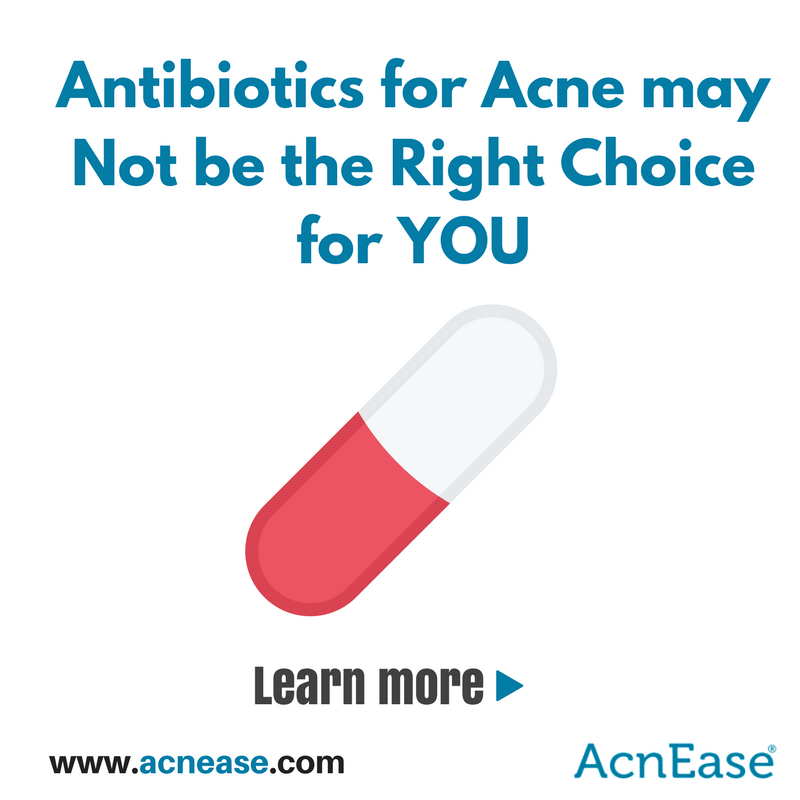 The majority of people at some point in their lives experience acne.  Acne is not confined to puberty or teenagers, but impacts adults as well. In fact, during the past decade the average age of the acne sufferer increased by 5 years from 21 years old to 26 years old.

Treatment options vary from a wide spectrum of topical products to systemic drugs including broad-spectrum antibiotics.  Since there is much discussion about the over-use of antibiotics and since prescribing antibiotics for acne sufferers is quite prevailing, we decided to explore in more details and in a more friendly way the rationale for the use of systemic antibiotics and the potential perils associated with wide spread use of these compounds for acne.

In order to understand the rationale for the use and usefulness of different acne products to actually help the acne problem, a better understanding of what causes acne is in order.

Although the clinical manifestation of acne is quite simple, acne is actually a rather complex disease and cannot be attributed to a single factor.  What is driving the formation of pimples is more complicated than the physical symptoms that appear on the skin. The common denominator in all cases of acne is the over production of sebum by the sebaceous glands, which can lead to clogged pores. As dead skin cells accumulate within these pores, an ideal environment for the growth of bacteria is generated, often resulting in acne symptoms such as pimples, pustules and cysts.

The cause of this over secretion of sebum, an oily substance, varies considerably from person to person.  For instance, for women with overactive adrenal glands, the cause of their acne can be linked to the elevated levels of testosterone (an androgen) found in the bloodstream. Adolescents undergoing a growth spurt have very high hormonal levels, as do menstruating women.  For some, genetic variation is a large contributing factor.  If parents had acne, it is likely their children will also have acne. There is simply no single component to easily label the definitive cause of all acne, however, again, one common denominator is the over production of sebum by the sebaceous glands.  Once pores are clogged and bacteria is growing, this stage may represent a time when antibiotics may be helpful in treating existing pimples but certainly has no impact on new pimples forming.

To better understand a logical approach to treating and preventing acne, we can divide acne into several stages of development:

When considering treatment options, it is important to understand what stage of acne they impact.  For certain products like the systemic antibiotics (tetracycline, minocycline, and doxycycline) along with topical antibiotics, it is clear that they interfere with the third step which relates to the growth of bacteria trapped in the pores. They DO NOT change the sebum production and therefore they really address the part of the symptoms (potential inflammation resulting from the clogging) not the original cause of acne. This also means that they need to be most likely used for a long time – that is until such an overproduction exists.

There are additional broad-spectrum antibiotics like erythromycin and clindamycin that are prescribed for acne, contributing to the development of “super bugs” that mutate and no longer respond to standard antibiotic therapy.  For individuals with severe acne characterized by pustules and papules caused by growing bacteria, a short term use of a systemic antibiotic might be justified, however the chronic use of antibiotics to treat acne appears to be ill advised. The lack of rationale stems from the fact that the use of antibiotics will not prevent new pimples from forming but rather is only effective once acne pimples have formed.  The second reason for limiting chronic use of antibiotics is the danger of developing antibiotic resistant bacteria.

Clearly a more rational approach to treating acne is to prevent the over secretion of sebum and thereby prevent pores from becoming clogged and pimples forming. The all-natural herbal ingredients present in AcnEase help reduce sebum production and prevent new pimples from forming.  Sparse use of topicals and over the counter antibiotics, that have antibacterial activity, represent a good combination to help with treating existing acne pimples.

Bottom line message is that systemic antibiotics intervene too late in the acne cascade to serve as a reliable safe method to prevent acne from forming. A more logical approach is to intervene earlier in the acne development process with a product such as AcnEase that will prevent the formation of both comedones (white heads and black heads) as well as pimples.

Have you been on prescriptions that just aren’t working anymore?  We want to hear your story and help!  Tell us in the comments.