What is Women Hormonal Acne? 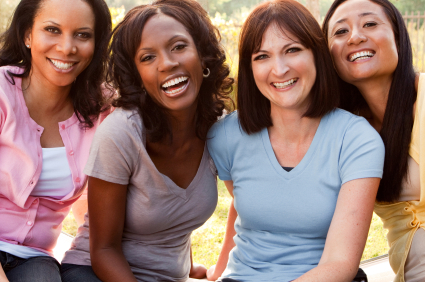 The Signs to Watch For

The term “hormonal acne” may be a misnomer since most acne can be traced back to fluctuations in hormone levels.  A common misunderstanding is that men have testosterone and women have estrogen and progesterone; in reality, both genders have a balance of all 3.  The primary culprit in the formation of acne relates to fluctuations in androgens (male hormones) and in particular testosterone, DHEAS (dihyroepiandrosterone sulfate) and DHT (dehydrotestosterone).

An elevation in these hormones can lead to the overstimulation of the sebaceous glands, and as a result to an over-production of sebum (skin oil) and the onset of acne formation. Too much sebum together with dead skin cells and dirt eventually leads to clogged pores, and this provides an ideal condition for the growth of bacteria (propionibacterium acnes) which secrete chemicals into the skin that stimulate an inflammatory response. These inflammatory responses are pimples, cysts, blackheads and whiteheads.

Why Acne as an Adult

The most common period of life when the adrenal glands start to produce these hormones is at the onset of puberty.  This helps explain why oily skin and acne are so prevalent among teenagers. But what about adult women? In many instances there is a temporal relationship to the mid-cycle of the menstrual cycle, which is often associated with the highest level of estrogen and androgens.  After ovulation progesterone levels increase which can also stimulate sebaceous gland secretions.  Hormones are also thought to be responsible for acne in a significant percentage of pregnant women during the third trimester when the sebaceous glands go into high gear, causing oily skin and frequent breakouts. Some women even experience acne after menopause when estrogen levels begin to taper off and testosterone becomes the dominant hormone. Finally, in some women when the balance of estrogen and androgens is unbalanced, androgens will push the sebaceous glands to over production at any age.

Signs that your acne may be hormonally induced include:

As acne in general, and specifically hormonal acne are caused by an internal imbalance the only way to treat it is indeed from the inside out.  Unfortunately, too easily a widely used treatment for hormonal acne in women is the use of hormones, especially contraceptives that carry a number of potential serious effects that recently have been tragically illustrated by Diane-35 (the birth control pill used for acne treatment banned in January 2013 from Europe, the Americas and most other countries for causing deaths and other serious adverse effects).

AcnEase® is an all-natural herbal medicine that specifically inhibits the impact of fluctuating hormone levels on sebaceous gland secretions.  AcnEase® does not affect hormone levels per se but rather modulates their effect on sebaceous gland secretions. This mechanism of action helps explain why AcnEase® is equally effective in treating adolescent and adult acne.  Likewise, AcnEase can be used by men and women.  Cystic acne in women is often associated with increased levels of androgens.  AcnEase® has proven to be extremely effective in the treatment of women with cystic acne further supporting the products ability to inhibit hormonal influence on sebaceous gland excess production of sebum.  AcnEase® is the safe alternative all women suffering from hormonal acne especially those that do not want to use OC, that stopped taking OC in order to start their families and experience acne flare-ups or those that have recently had children and are experiencing changes in their skin with periodic acne. Most importantly, AcnEase has been clinically tested for acne treatment and prevention and safety. By addressing the causes of acne, it will prevent future outbursts allowing your skin to be clear and to begin the healing process for skin scars and acne marks.