Why Athletes Are More Prone to Body Acne 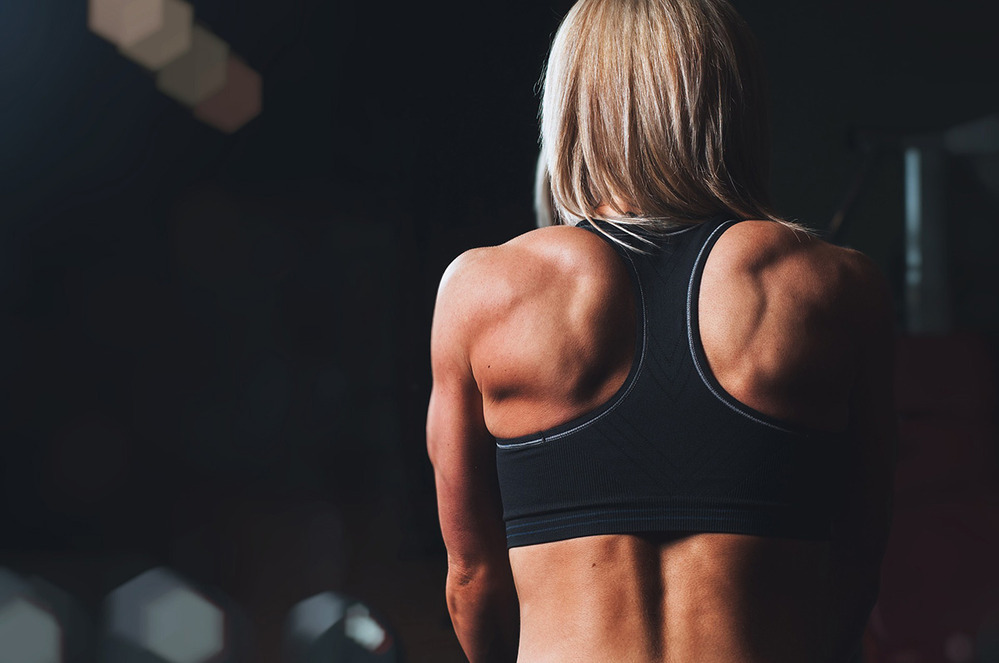 There seems to be a super-frustrating trade-off for gym junkies like me who love working out. Hear me out—I'm proud of my physique, but the thing is, working out on the regular is directly related to how much body acne I'm dealing with. My only comfort? I know I'm not alone! Almost any person that works out—whether it's yoga, cycling, or weightlifting—KNOWS that there are going to be pimples that pop up on their chest, back or even on their bum, depending on the sport they do.

But what’s the deal?
Why are athletes so prone to body acne?

The truth is, there are three major reasons why body acne is so much more common in athletes. The causes are hormones, sweat, and bacteria. These issues don't only affect athletes—some of these might be the reasons that you have body acne too, so read on ahead to find out how to beat body acne.

Hormones play a bigger part in body acne than a lot of people realize! When it comes to strength-building and weightlifting, the male hormone testosterone does a lot of work to boost muscle mass and encourage growth for a perfectly sculpted physique.

The thing is, it’s also the number one hormone that causes acne—and yes, that’s in both men and women! An increase in testosterone levels is linked to excess sebum production (oilier skin) and an increased likelihood of congestion and breakouts.

However, it’s not just testosterone that could be to blame when it comes to hormone-induced body acne—hormones in an incredibly common workout supplement are also linked to body acne. If you don’t know what I’m talking about yet, it’s whey protein. A lot of athletes follow up their workouts with a quick protein shake, right? 99% of the time, protein powders contain whey, a dairy-derived protein source that causes spikes in insulin.

There are two possible reasons why whey is associated with acne—the first is simply because it’s dairy. A definitive relationship between dairy and acne is still being researched, but it’s thought that the hormones present in dairy milk products can cause hormone imbalances that lead to acne.

The second hypothesis for whey causing acne has to do with the activation of Insulin-Like Growth Factor, aka IGF-1. IGF-1 is naturally produced by our bodies (spiking during puberty) to help us grow, plus it's also no surprise that that's around the time we have the most skin issues. However, IGF-1 production naturally drops off and stabilizes as we become adults—that is until we eat foods that boost its production. Higher IGF-1 levels are linked with increased sebum production and skin congestion—a surefire recipe for acne, anywhere on the body!

Sweating while working out is unavoidable—if you’re not huffing and puffing and sweating, is the workout even worth it? The thing about sweating is that yeah, it is a little gross, but it’s essential for preventing overheating and is also responsible for helping the body release some toxins.

How is it linked to body acne?

Well, there are a couple of other factors that combine with sweat to contribute to body acne—but sweat is the magic ingredient. First off, if you’re not showering right after going to the gym, that’s what could be causing your body breakouts. (Also, that’s a little gross!)

When we sweat, it also accumulates whatever is on our skin—sebum, dirt, and bacteria. It all builds up, especially at friction points with our clothes such as straps and waistbands. There's no point being germaphobic about it and avoiding exercise because of this because it's easily treated by showering immediately after exercise to help wash away any breakout-causing sweat and skin cells—at least, that's if you're doing that in the first place.

So what’s the fix? Showering right after a workout. If you really need it, throw in some medicated products and exfoliation in there for super-smooth skin. Plus, how good does it feel to take a cold shower after exercise? Okay, even if the showers at the gym aren’t up to your standard—at least change into clean clothes before heading home to minimize breakouts.

This is when it counts to look around at the machines and equipment being used. At a gym, while it’s ideal for everyone to be wiping equipment down after themselves—do you really trust that everyone’s actually doing that?

I didn't think so.

When a gym machine has had sweaty hands, backs, and legs pressed into it you can bet that it’s absolutely covered in everyone’s sweat and bacteria. Gross, right? Dirty gym equipment does more than just cause body acne, too—it can cause rashes and other kinds of skin irritation.

There's a reason that your mat smells funky when you're doing downward dog—and that's from YOUR bacteria-build up over time, so don't forget to disinfect it regularly to halt body breakouts in their tracks!

It can also linger in clothes too, so every so often add a cup of white vinegar to your laundry instead of softener. It deodorizes and kills bacteria for gym clothes that are fresh, clean, and not going to cause breakouts! Now that’s a win-win.

However, the best way to get rid of body acne for good is from within, using a product that fortifies skin from the inside and stops acne in its tracks. For persistent athletic body acne, AcnEase can be used for a 6-week course to get rid of current breakouts and stop more from forming. Because the skin on our bodies is thicker and tends to have more deep-set, inflamed acne, it's crucial to treat it from the inside out as well as taking steps to minimize it in the first place for clear, healthy skin.